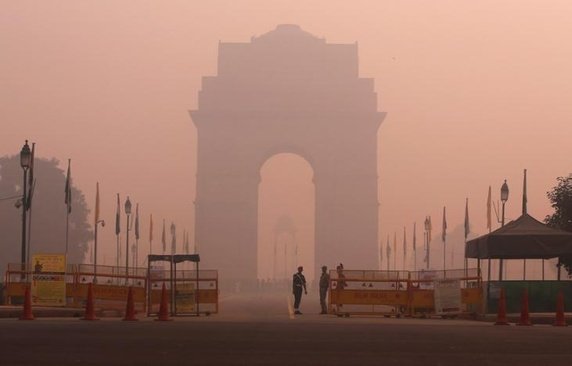 There are numerous factors which have collectively caused the smog condition of Delhi. The major ones are –

The image given below was captured by NASA. It pictures the recent fires by farmers on 1st November, 2016 in the areas of Punjab, Haryana & UP. The continuous problem of burning solid waste in and around Delhi has also added to the problem.

This smog is contagious! It can prove out to be fatal for the people with respiratory problems. Here’s an example –

At Sir Ganga Ram Hospital, 62-year-old Delhi resident Ajeet Singh is now battling for his life after he complained of severe breathlessness while returning from morning walk. And he is not alone. There are several people out there who are in trouble.

The Doctors of SGR Hospital explained,

There are two kinds of respiratory problems being faced by people:

There are many other hazards like lung issues, heart diseases & body ache which are associated to the problem of pollution caused by smog.

The following steps are being taken by Delhi Government:

In order to ensure safety, please follow these suggestions –

Must Read : Is the ban on NDTV justified? Here is an Answer