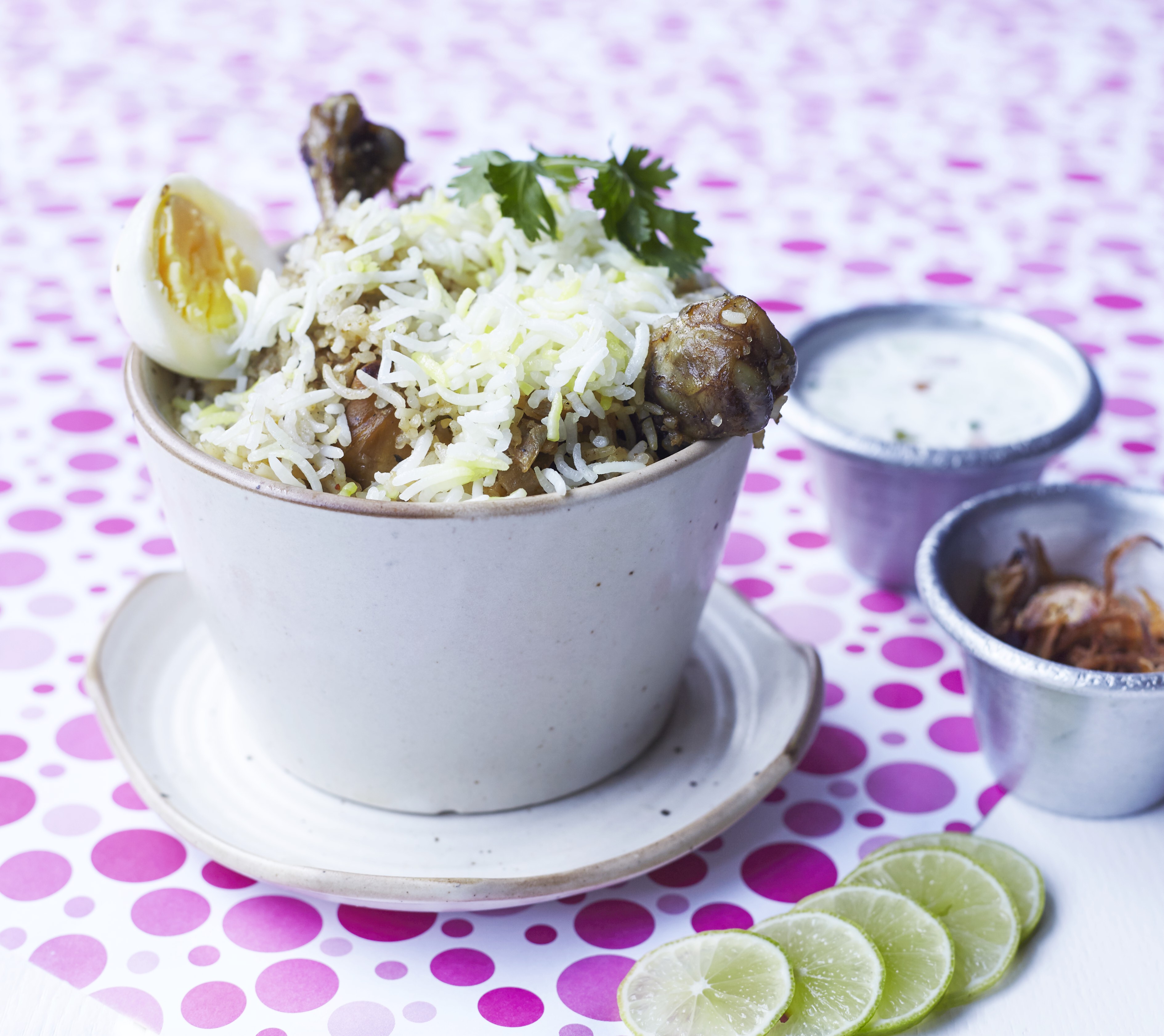 SodaBottleOpenerWala by Olive Group aims at reviving the dying legacy of a Bombay Irani Cafe bringing with it typical Parsi cuisine, some Irani specialties, and a lot of Bombay street food. It is your quintessential Bombay Irani Café with all its idiosyncrasies in place. Having cheered our tastebuds with their Bambaiyya and Parsi dishes, they are taking things a step further by introducing a new menu with wider choices.

Presenting a quirk a day, the Daily Specials at SodaBottleOpenerWala lend a different flavour to each of the 7 days of the week. On Mondays sample Gawarfali Cutlets where they transform this much ignored vegetable into a tasty cutlet. On Tuesdays enjoy a simple Dhan Daar Patio, the classic home food of the Parsis; on Wednesdays they bring you a Parsi delicacy – Masoor ma gos where mutton on the bone is cooked with whole Masoor; on Thursdays a delicious Goan Prawn and Squid Curry, made with coconut, red chilli, kokum and Goan spices makes an appearance; Fridays get indulgent with Sausage Par Eeda, as they serve you Sunny-side up eggs on a bed of chicken/pork sausages with a special Parsi Masala; Saturdays bring in Parsi comfort food, Jardaloo Ma Gos (Mutton), a thick and mildly sweet curry made with mutton chunks and apricots, a match made in Parsi heaven, and on Sundays, Chicken Sanju baba, a dish from Noor Mohammadi, a famous Bombay restaurant opposite Bhendi Bazaar, whose recipe is supposed to have been given to them by actor Sanjay Dutt is served.

All the good things Trace every nukkad and gali of Bombay through staples like Boil egg Sandwich, Bhuna Chicken Sandwich and the Raasta Sandwich, the everyday grab-and-go fuel of Bombayiites from a CEO to an average wage earner.  Get your fix of the Bombay bun with a simple Vada Pav, or a sumptuous Chicken Cutlis Pav. If you’re adventurous enough try the Bacon Vada Pav with a Potato vada stuffed with and wrapped in bacon, sandwiched in a pav and grilled in bacon butter or the simple and meaty Bohri Keema Pav.  Lift your spirits with the Soup for the Bambaiyya Soul (Chicken or Vegetable) that gets a kick from the thetcha, a classic Bombay Spice Mix. The real taste of Bombay lies in its street food and Bhel is a must-do! They re-invent the Bhel as Carnivore’s Bhel with chicken, bacon and ham in a tangy dressing; there’s a Crispy corn bhel too, with flavours reminiscent of chowpatty visits. Salad Shirazi inspired by the Iranian city Shriaz comes in a honey-lemon-pomegranate molasses dressing and the Cafreal Salad made with the classic Goan cafreal masala makes for a wholesome order. Each of these dishes tells a story of Bombay street food, and its constant evolution to accommodate the food preferences of new settlers and their cuisines, to merge it into its own. Explore the gastronomical side of Bombay through the Chicken Baida Roti inspired from the hugely successful one served at Bade Miya in Colaba.  Crispy Kanda Bhajjiyaat SodaBottleOpenerWala is reminiscent of the rains and of the bite before you catch the local.Chicken Farcha, a special Parsi preparation of fried chicken makes a lovely bar snack. Equally delightful are vegetarian mouthfuls of Adu-Tedhu Babycorn Fry in a special cheese sauce andMushroom on Khari. Chilli Cheese Pav, with or without chicken spells comfort food reminiscent of everyone’s childhood – a wheat bran pav is topped with chicken, lagan nu achar, green chillies & Emmental cheese and is baked to perfection. Bhendi Bazaar Sheekh Paratha, combining juicy seekh and crispy fried paratha that originated in the lane behind the Bartan Market, is a must have, too! A Parsi Style Jumbo Prawn jumbo prawns made in traditional Parsi style curry with spices and coconut milk can be had as a snack or with an order of steamed rice alongside, to convert it into a main course. At SodaBottleOpenerWala main courses are chosen to satiate many a taste. From Bambaiyya food craving to a Parsi home-cooked meal, with locally sourced ingredients, there is never a dull moment. Try the Berry Pulao – our version of the Persian zereshk pollow. The dish is a medley of mutton/vegetables cooked with fragrant basmati rice, topped with fried onion, nuts and berries. Dhansak in variations of vegetables, chicken or mutton served with caramalised brown rice spells comfort food. Seafood lovers will like Paatra ni Macchi, a Parsi signature fish preparation coated with coconut green chutney, wrapped in banana leaves and steamed; Squid and Prawn Patiocooked in a traditional sweet n’ sour parsi style onion-tomato masala and if you’re lucky enough to walk in on a day when fresh stock is available they present Tarela Himalayan Rainbow Troutbaked with Parsi spices. The Goan Sausage Pav is quite sought after and is a meat lovers’ light. Vegetarian food gets an edge with delights like Khattu Meethu Pumpkin made the Parsi way, Brinjal and drumstick kari in a Parsi style coconut-sesame-coriander based curry or Paneer Sanju Baba inspired by a Bombay special chicken dish of the same name whose recipe is said to be provided by Sanjay Dutt himself. Whether it is their bakery or desserts, it is impossible to step out of SodaBottleOpenerWalawithout having something sweet. They bake crumbly, buttery Nankhatais with or without zereshk berries, Pune’s famous Shrewsbury biscuits, addictive Ginger biscuits, Wine biscuit sandwiched with wine-jelly, one that you’d fall in love with. Their enticing desserts range from the Mawa cake to Lagan nu custer (custard) or a Chocolate peanut butter cheesecake. If you like experimenting with flavours like theirSuper Tasty Pumpkin Flan or traditional desserts with new and quirky flavours like Matunga Coffee Cake, White chocolate Brownie or a Mixed Berry Trifle, there’s something that everyone fancies.

At SodaBottleOpenerWala the cocktails are as quirky as their names. Delightful cocktails, some heady, some subtle, all have different flavor profiles and combinations that cater to every mood and fancy. These are made using fresh, seasonal fruits, international techniques and a touch of Bombay-Parsi style. Their mixologists have prepared seven cocktails each with their own story and style.  Mumma nu double dose, a sour style drink is a new age Parsi cocktail with double measures of rum and whisky steeped in a lovely saffron and date flavour, mixed with beaten eggs. The BumSuckerWala is mixed with vodka, frozen raspberry and thyme and is our ode to this wonderful Parsi family from Karachi who made drinking Raspberry Soda popular there. Maushi chi, an easy sipping cocktail made by adding tequila to our pineapple flavoured home brew mix is inspired by Bandra’s Aunty’s bars famous in the 60’s and the 70’s for serving bootlegged stuff. Magic Tea is an enchanting concoction of spiced rum mixed with a homemade brew and peach flavoured ice tea. Finding Frenny a smooth gin-and-tonic spritzer with wonderful aromas of sliced seasonal fruit and cucumber   is served up in a wine glass. Old Bawa has Whisky/Bourbon mixed with maple syrup, bitters and fresh apple juice and is our take on the classic cocktails, Treacle and Old Fashioned. Bombay Julep is an addictive mix of rum with jardaloo (apricot) and honey with tapped mint leaves, served in a traditional julep glass.

How To Cook Delicious Chicken Manchurian at Home