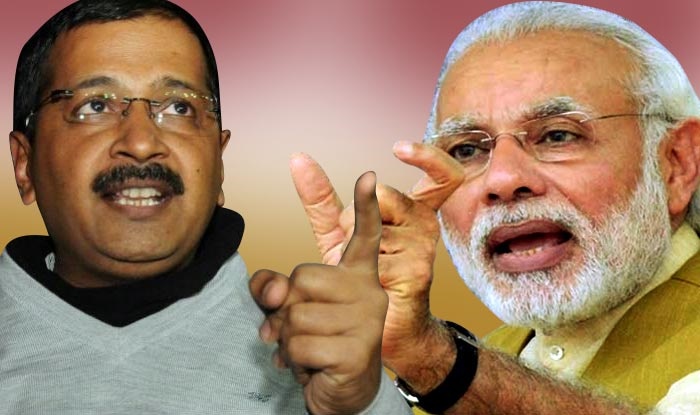 Why does Arvind kejriwal always blame Narendra Modi for each and every thing happening in his state Delhi and in India?

The answer to this question is “Incompetence”.

The fact is that he has metamorphosed from an ambitious IRS officer who couldn’t make much headway in his profession, but found an alternate career in politics into a megalomaniac in such a short time (49 days?).

He made tall promises prior to his first stint as CM and very soon knew that none of his promises could be fulfilled even if he wanted to. What he thinks of as an alternative is even more bizarre. Change avatar from a social minded activist politician to a raw nerve politician, much like your average politician who has his hands deep in pockets of the state machinery.

He realized his incompetence the day he decided to quit office as CM after a very short and eventful 49 days filled with Dharnas and raids into houses of immigrants, but he had a profound conviction that there were more incompetent people in politics so he could still make it big as someone whose incompetence would never be detected.

He put on a sincere face, apologized to people of Delhi for his singular mistake of giving up power, but vowed to make amends and asked them to re-elect him with full majority. Now, he is left with no choice but to stay on in power as he cannot let down the people of Delhi by resigning. He does stay on in power but realizes that the promises he made before elections would be promises. For example, he promised to bring down cost of electricity by reforming the power discoms. Instead of reforming the power discoms, he assures them of more financial support but digs into the tax payer booty and gives more doles to the power discoms by subsidizing power purchased from these discoms to the consumers. Very little to people of Delhi realize that this will only come to bite them later, too late to make the present govt to answer.

He thinks up one more plan. He raises demand for statehood of Delhi which every other party has used to the hilt to get sympathy of the people. Simultaneously, he starts lambasting the central govt for not providing him with the authorization, resources and power to execute his promises. It’s generally not easy for a state CM to blame a central govt, but with a soft target like Modi, it’s infinitely easier to blame the central govt as the media is already at war with Modi ever since the 2002 riots of Gujarat happened. Make a mistake in Delhi, blame Modi. For him, the plan was apparent when he campaigned in Delhi with the slogan “Centre mein Modi, state mein Kejriwal.”. It’s only a matter of time before people of Delhi get disenchanted with the tall and fat promises made by Kejriwal. But when they do, it may be too late as Delhi would have lost 5 years of governance.