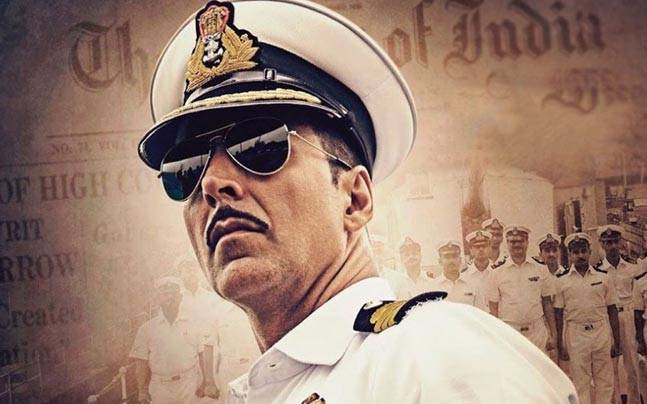 The much-awaited Movie  of Akshay Kumar Starrer movie ‘Rustom’   slated to be released on the Independence Weekend, 12th August 2016.

The movie is based on some thrilling episodes in the real life story of a Naval Officer, K.M. Nanavati wherein Akshay Kumar is playing the reel role as Rustom Pavri. Illeana D’ Cruze is a female lead role with Arjan Bajwa, Esha Gupta and Pawan Malhotra in the supporting cast.

Here are the 5 reasons why Rustom would be a Blockbuster

Akshay has made such roles as his own. He also excels at that as much as he does in his other movies with good timing comedy, fuming entertainment and amazing power play. Following the unbending work rule, Akki is ruling the hearts of audiences with such roles. His killer attitude and patriotic fervor always prompt him to do movies like Baby, Holiday and Airlift. A keen interest is also seen in him doing movies based on real life stories.

These are the reasons making him unbeatable with success at the box office. And this amazing actor who has given two back to back hits, Airlift and Housefull 3 is quite assured to score a hat-trick with the success of his next movie, ‘Rustom’.

He is usually considered stupendous at his movies. Known for his best directions in A Wednesday, Special 26 and Baby, he is going to bring that thrill, as a producer this time, once again in this movie, as seen in the trailer. He by now has been an invincible name in Bollywood for giving high-end thrillers. To which Akshay has always been the peerless factor since Special 26. Hence the expectations from this successful duo are as usual higher.

We are half way to this year and as per the Flavor of the season, only ‘true story’ based inspiring movies have rocked the theaters till now. Be it Airlift, Neerja, and now ‘Rustom’. With the commendable success of the earlier ones, the latter is expected to do great on box office as well. Our society is appreciating socially relevant movies having true to core performances with high-end directions. And the section of audiences who want such type of movies are on the increase. So, enjoy the flavor of the season with another treat.

Akshay Kumar Fan’s enthusiasm and eagerness for just the ‘Trailer’ of the movie especially since Mohenjo daro Trailer is already out long time ago (Movie releasing on same day) itself speaks volumes of the anticipation for the movie. Such frenzy has not been seen for a long time for an Akshay Kumar Movie. The trending of “Waiting for Rustom Trailer’, “2 days to Rustom Trailer” and “1 day to Rustom Trailer” are some of the examples of frenziness.

Akshay himself said that this movie is a good film. The trailer is looking stunning and expected to be a smash hit. As far as box office collections are concerned, it will not be wrong to expect it to surpass Airlift collections and become a blockbuster.

Ambience to host ‘Ambience Carnival’-One of its kind Terrace Food Festival & Live Music all served over One Roof!