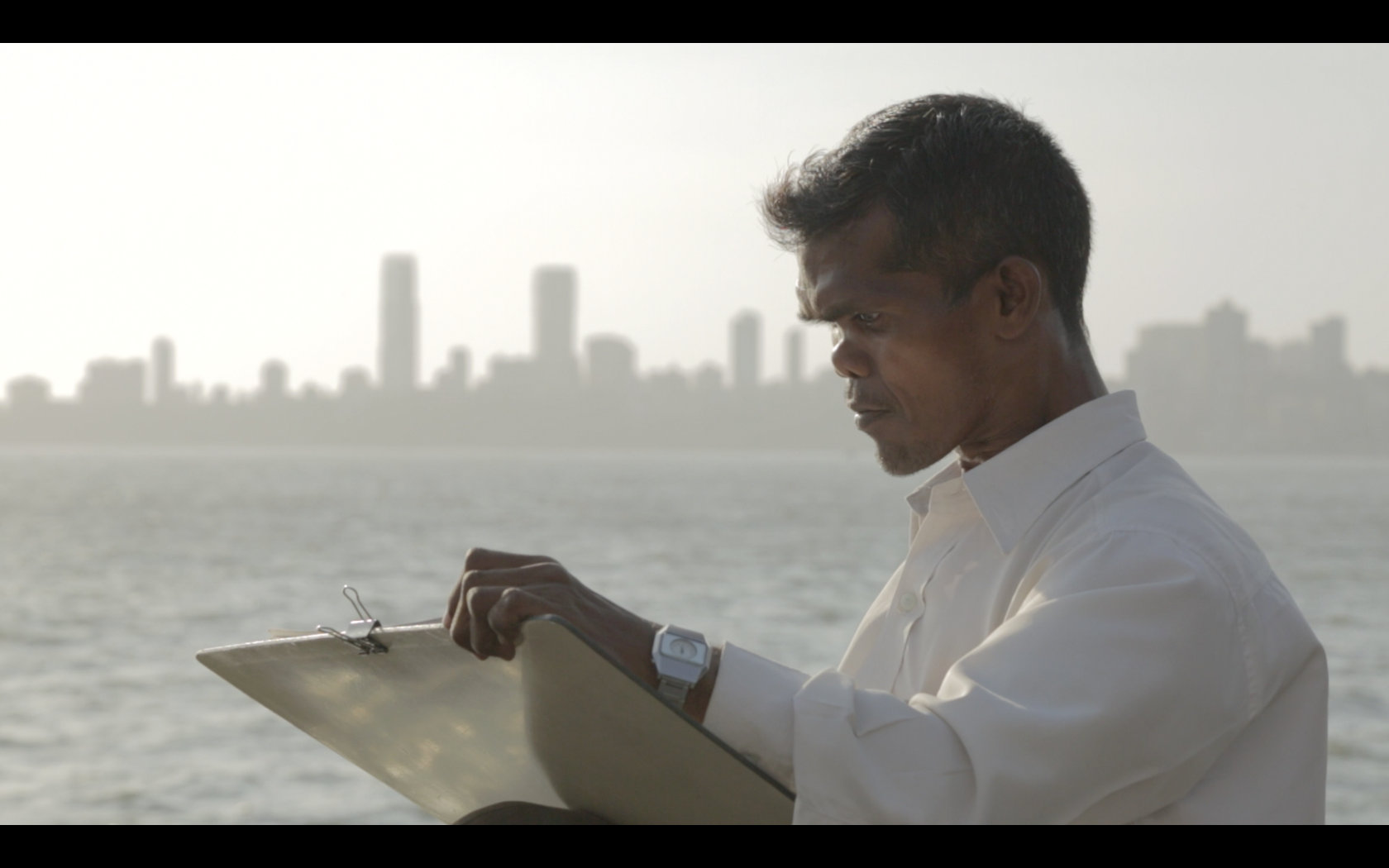 Percept Pictures digital arm ‘Indian Chronicles’ pays tribute to the enduring spirit and accomplishments of the Deaf Community with its Short Film ‘Speaking Pad’ on the occasion of ‘International Week of the Deaf’ celebrated across the globe in the last week of September (25 – 30 September, 2016). The film is an engaging and poignant real-life narrative of Mumbai based sketch artist Gulam Hussain who is hearing-impaired and mute. The story revolves around a regular day in Gulam Hussain’s life, and showcases his daily challenges, triumphs, and above all, his optimistic and upbeat attitude to life and the world around him. The objective of the film is to create mass awareness of the inequality and ignorance this differently-abled community suffers at the hands of societies across the world, celebrate their resolve and achievements, and highlight the unnoticed rich world of Deaf culture. ‘Speaking Pad’ pays homage to the strength and willpower of the Deaf community as it showcases the protagonist’s journey through the thick and thin of life, with a focus on his positive and courageous attitude to embracing his physical challenges and earning a respectable livelihood. Even as Gulam Hussain sketches portraits to make people look like their favourite Bollywood heroes, his buoyant spirit and grit make him the real life hero. ‘Speaking Pad’ helps to shed light on the sheer determination of the differently-abled to carve a niche for themselves in Mumbai – the fast paced city of dreams, where they refuse to let their handicap rob them of their aspirations and their smile. The film deals with an extremely sensitive issue, yet tackles it in the most minimalistic, raw and straightforward style with an aim to reach out and connect with 70 million Deaf people worldwide, as also draw the attention of legislators, policy makers, and the general public to the achievements, challenges and concerns of the Deaf community.

The ‘International Week of the Deaf’ is promoted by the World Federation of the Deaf (WFD), an international organization representing approximately 70 million people worldwide. The week is a celebration of the achievements of the Deaf Community and helps create awareness of the segregation and problems faced by this community. ‘World Deaf Day’ is celebrated every year on the last Sunday of the month of September to draw attention of the general public, politicians and development authorities to fulfil the demands and needs of the deaf people as well as recognize their equal rights in society.

Produced and directed by Percept Pictures, this short film continues to add to their repertoire of achievements following in the footsteps of their award winning short film (aids+b)2 which won the Best Film award at the Dada Saheb Phalke Film Festival 2016, and ‘Just Begun’ which received international acclaim for its sensitive portrayal and contemporary approach on the contentious LGBTQ subject matter. Percept Pictures has a rich history of accomplishments in mainstream cinema and has established a strong foothold by consistently innovating and delivering some of the biggest films and hits in the past two decades. It has created pioneering quality content in the‘Cause Cinema’ genre with a focus on highlighting various key issues and maladies plaguing our society today.

Danny Mamik, Chief Operating Officer, Percept Pictures said, “In an era where negative and gloomy news spreads rapidly and impacts us 24X7, we feel it is vital to tell stories that showcase the good and virtuous in the community around us, and help inspire, motivate and enthuse people to come together and do greater good for society. While there are many print and electronic platforms that are already reporting such stories, we realized the need to convert these real-life stories into film to generate greater awareness, impact and influence on mass society. ‘Content is King’… and if you have a compelling narrative it will appeal to all, stimulate public awareness of the many real issues plaguing our society today, compel governments to recognize the many problems and draw up workable solutions for the people, and inspire many to step out of their fears, follow their dreams and do greater good for the community they inhabit.”

‘Speaking Pad’ is viewable on Percept Pictures YouTube page, “Indian Chronicles”, a channel dedicated to enabling and empowering the youth to express themselves. Over the past year Percept Pictures has become a nurturing ground for young aspiring creative talent and ‘Indian Chronicles’ offers an opportunity and platform for young budding creative talents across India to showcase their skills and voice their opinions in a creative manner across any topic that is close to their heart. What makes ‘Speaking Pad’ special is that the cast and crew are all young and represent the voice and skills of ‘Gen-Next’, including the 26 year old Editor Rushil Nichnai, 23 year old Music Director Akash Brahmbhatt, and the 23 year old dynamic Film Director Ali Balsania, and all other main technicians and crew being in their early twenties. The entire team that worked on the short film are internal resources of Percept Pictures and have grown and learnt their craft here, with the young and visionary Danny Mamik serving as Mentor and Creative Producer to the entire team and project.

These 10 Films Were Banned During WWII For Bizarre Reasons