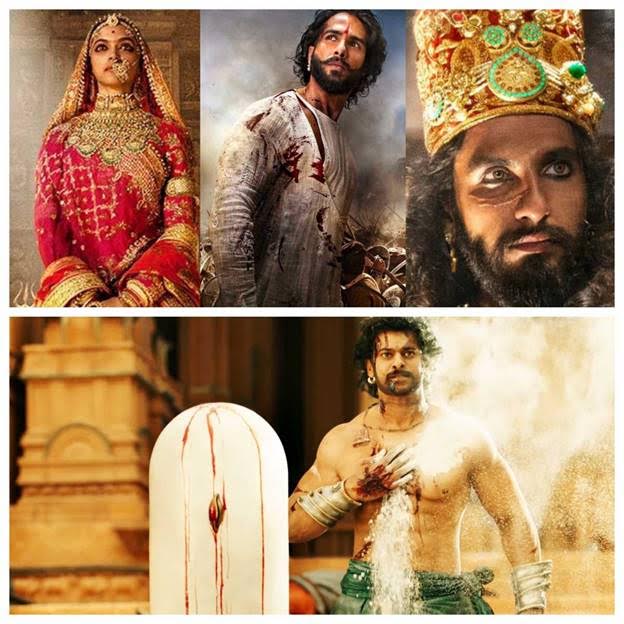 When you hear the name Baahubali, what’s the first thing that comes to your mind? Well, of course, it was the most inquisitive question of the year about why Katappa killed Baahubali (‘Katappa ne Baahubali ko kyu maara’). Now tagged as the most expensive Indian film, grossing 2.5 Billion till date, the movie could have crashed badly at the box office if the marketers would have not publicized is using apt tactics; and by that, I clearly mean Digital marketing.

From posting behind the scenes to live interactive sessions with the fans, the super-active marketing team worked their fingers to the bone so as to bridge the gap and build up a connection with the audience. And if that was not enough, the team created a separate website for the fans to get updated about every bit. So, all in all, it was social media accounts; with 4.21M likes on Facebook, 4.37 lakh followers on twitter and 7.78 lakhs subscribers on YouTube, that build up a strong online presence thereby helping to develop a craze among the movie buffs.

Commenting on the power of social media, co-founder of digital marketing firm, in an interview with a renowned newsgroup, said that Baahubali is a great example of the power of digital marketing. “In the last two years since the release of the first part, the film was in the collective memory of people. Social media platforms like Facebook and Twitter played a big part in this. In fact, the trend of live video feature started by Facebook followed by Twitter’s Periscope and Instagram’s Stories has become the hottest thing in social media marketing.”

But bygones are bygones. What’s making news at present is will Padmavati break the records set by Baahubali? And will it use the same strategies to create a hype in the atmosphere?

The trailer launched a few days back give a glimpse of the high-budget movie, with a fantastic star cast and breath-taking backgrounds, exemplifying grandeur in every sense; much alike the Tamil blockbuster-Baahubali.

Bollywood’s only PR guru Dale Bhagwagar explains the scenario from all viewpoints. He says, “Today, not only the print media but publishers even on the web are losing direct traffic. This is because the youth has found new ways to socialize. This is the most advanced and comfortable age man has ever lived in. When a consolidated publicity campaign is planned, the common man’s street-smartness is to be respected and his wittiness honed. If the publicity machine gets that right — then ‘bingo’ — you have a ‘Kattappa ne Baahubali ko kyun maara’ type of hype.

As per the latest social media analysis report, almost 80% of marketers took the support of social media marketing to do better business. Agreeing with the notion, Subhin, co-founder of digital media marketing company,mentions how social media has emerged as the new king in the business. “The trick is to emotionally connect with the audience. By constantly being in touch with them, you create a special bond. Owing to it, an eagerness is developed within the people to know more about the product. (A product can be an upcoming film as well). Since any other category of media cannot help you to be available for all the 24 hours, Digital platforms become the first preference in such a scenario.”

But one needs to be cautious, as intelligence and strategy need to go hand-in-hand for best results. Speaking on the same, Dale Bhagwagar, who has handled films like Farhan Akhtar’s ‘Rock On’ to Shah Rukh Khan’s ‘Don’ further says, “Bahubali 2 milked it and so can Padmavati or any other flick with an intelligent PR, marketing, and advertising strategy. But yes, consolidation of these three forms of publicity is a must; otherwise, the promotion can appear half-baked. And it doesn’t take time for gen next to see through fake news, paid news or exaggeration.”

As for Padmavati, it seems as the team has quite understood the formula to take control over audience’s mind, but it would be interesting to watch if they get successful in touching the benchmark set by Baahubali.