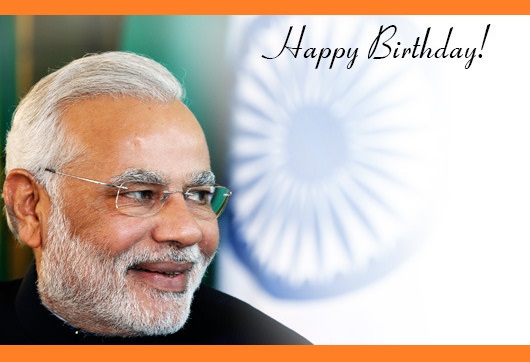 How often do you see a charismatic, charming and robust leader appealing positively in a democracy? Narendra Modi is clever, far-sighted and connects with the youth of today who may or may not like politics at all.

Some things which only Modi has done as PM of India:

Right from the start of his campaign, Modi and his party BJP are very active on social media platforms like Facebook and Twitter. This gave a new dimension to their campaign and brought them a complete win.

After the elections too, he and his council of ministers have made social media platform as Twitter, an active area for connection with people and to help the citizens in need,e.g.Suresh Prabhu, Railway Minister started a Twitter campaign to help people traveling and the swift work done made this a Social media sensation too.

Narendra Modi has been all over media for his foreign policies and frequent visits to different countries to develop a better Foreign Relations, in his two years tenure he has made the maximum visits an Indian PM has ever made. This fact made him really popular among the Indians and NRI’s too.

His policies lead to an increase in Foreign Direct Investment(FDI) as much as 53% in the last two years, which is a record.

Make in India was launched by Prime Minister Modi against the backdrop of this crisis, and quickly became a rallying cry for India’s innumerable stakeholders and partners,it had to (a) inspire confidence in India’s capabilities amongst potential partners abroad, the Indian business community and citizens at large; (b) provide a framework for a vast amount of technical information on 25 industry sectors; and (c) reach out to a vast local and global audience via social media and constantly keep them updated about opportunities, reforms, etc.

Modi’s speeches have been really popular, seeing a PM who speaks, people enjoy the charismatic PM and his remarkable Speech’s. Remember his much talked about speech in British Parliament(got a standing ovation), the UN General Assembly and The Facebook Townhall speech. His appearance in a personal interview with Arnab Goswami made headlines across the country and abroad.

The PM has not revealed all his cards yet, as a great player would always do so. He has induced investment in the economy unveiling the Make in India model, economic reforms, and strategic planning. As a great leader should always do, he has also led from the front in dealing with the practical problems. The Swachh Bharat Abhiyan, Jan Dhan Yojana, PMJJY(Pension and Insurance scheme), Beti Bachao Beti Padhao, are some of the flagship schemes introduced by the Modi Government. No denying most of these schemes have had a success rate more than any schemes formerly introduced in the Country.

Leading from the Front

India had always needed a leader that could lead from the front and represent the Indians in a dignified and positive position among the International Community. He is guiding the citizens to being achievement-oriented and perform with might in whatever sphere they are. Through his radio broadcast ” Mann Ki Baat” he has appealed to the common man in more than one way.

Dressing according to event

It’s difficult to ignore Narendra Modi’s signature half-sleeve kurtas (and churidars), even if you are not remotely interested in politics. His crisp formals and that pop of color — from lime green to canary yellow and even bright blue — is his calling card as a style icon and reflects his can-do attitude and readiness to try out new things.

Even as he completes five years in office, and participates in diplomatic activities everywhere from New York to Tokyo, we take a look at PM Modi as the new face of Indian fashion (at least that’s what the media in the west calls him). But, don’t worry, we’re not going to push a political agenda, just a fashionable one.

With priorities of government and ministers changing, I can proudly say that Yes, India is changing and changing for good.