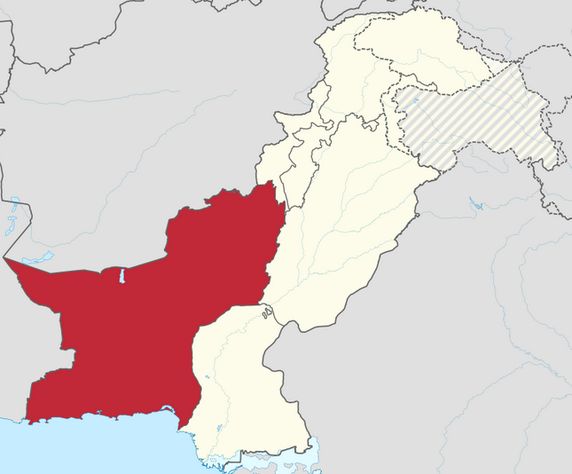 It was such a glaring hole, I have always wondered why no previous PM ever addressed it on an international scale

Balochistan is dominated by natural resources, especially its natural gas fields, which supply the entire country. Gwadar Port also plays a significant role in the economic development of the province.

An independent Balochistan would be rich because of its natural gas fields and Gwadar Port would give cheap access to Afghanistan and subsequently Central Asia for India, without even depending on Iran

But Why talk about an independent Balochistan? Isn’t it a sovereign part of Pakistan?

The Khan Ahmad of Kalat declared Independence from British Empire and hoped that the British PM would honour his pledge to respect the self determination of semi-autonomous states which were not directly under the British rule.

Kalat was recognized by the UK and India but not Pakistan.

In March 1948, Pakistani Army attacked Kalat and illegally annexed it in March 1948.

His younger brothers, Princes Agha Abdul Karim Baloch and Muhammad Rahim, refused to lay down arms, leading the Dosht-e Jhalawan in unconventional attacks on the army until 1950

Although it has vast natural resources, Balochistan is one of Pakistan’s poorest regions. Baloch separatists allege that the central government of Pakistan is systematically suppressing development in Balochistan to keep the Balochs weak, whilst their opponents argue that international business interests have been unwilling to invest in the region due to the continuing unrest

India under PM Modi has to correct this historic wrong and take the fight into Pakistan’s house.

For too long Pakistan has accused India of wrong-doings, its time to return the favour

For too long India has been like a dove, its time to become a Hawk and fight to make an independent Balochistan whose greatest ally will be India.

11 thoughts on “Why Indian PM Narendra Modi’s comments on Balochistan such big news?”