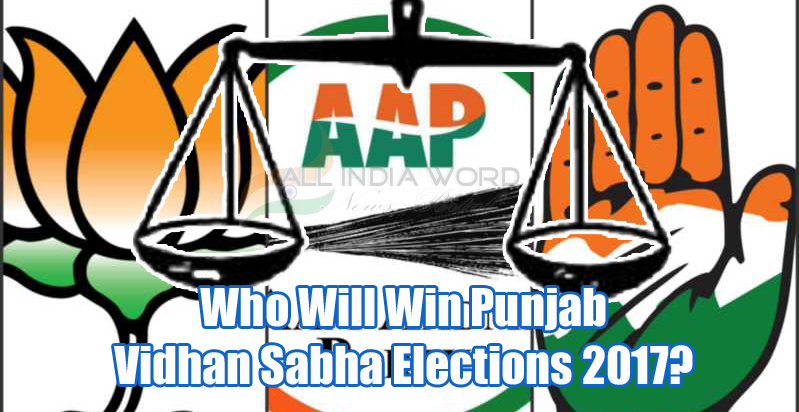 Current political situation in Punjab is indeed complex. Moreover, predicting about 2017 assembly results now is too early as political scenarios can change in matter of day or week. However, I will try to give you a brief insight on current issues in Punjab politics.

As you already may know, there are three big contenders in Punjab i.e. AAP, SAD+BJP alliance and INC. SAD + BJP alliance is really in bad shape now a days. Being in power, alliance is facing anti-incumbency too. Following are the factors which are going to affect elections in Punjab.

Drugs: Drugs issue is a high profile issue in Media after release of “Udta Punjab” movie. I must admit that it is more a hype than actual issue. “No, not every house in Punjab is not affected by drugs, if you don’t include alcohol in drugs.” For non-Punjabis it might be a big issue but actually it is not. Still it is going to affect Punjab politics dramatically as big names are included in it. Ask a child, ‘Who is drug supplier in Punjab?’, He will answer Majithia (Sukhbir Badal’s brother-in-law). So drug issue which already marginalized ruling party, will affect more in upcoming months when elections will be close.

Corruption: Corruption issue will have impact on sitting govt. adversely and it will obviously give advantage to AAP which is only corruption free party in state. In last 10 years, Badal’s business grows more than whole Punjab. Badal’s business empire has its root in multi-sector including Transport, Media and Hospitality etc. Their transport companies include Orbit, Dabwali, Taj Travels and Indo-Canadian. Media includes PTC Punjabi, PTC news and Chak de, plus motion firm PTC motion pictures. While Orbit resorts is counted in his hospitality firm. One news is prevalent in Punjab is that “Badals have 80 buses in 2010, now they owns 800 buses.” These figures may not be correct but it is true that Badal’s have grown their empire more than 10 times. Congress is not in position to attack on Badal’s for corruption because it will face counter attack. So only AAP is party which can take advantage of corruption indorse by SAD.

Dalits: Punjab has highest proportion of Scheduled Castes (28.9%) and atrocities against Dalits by Gau Rakhasks (Cow Protectors) will have adverse affect on ruling party. It is true that Dalits are never a vote bank of SAD+BJP alliance, actually they are leans towards congress because of MANREGA and other policies. AAP is also coming up with separate manifesto for Dalits. It seems like this time Dalit votes may divide b/w Congress and AAP.

Desecration of Guru Granth Sahib: Series of incidents involving sacrilege of Guru Granth Sahib occurred across the state in last quarter of 2015. SAD+BJP alliance is blamed to not handling the issue properly. Both Congress and AAP are trying to allure people because of this issue. Traditionally, hardcore Sikhs usually vote for Shiromani Akali Dal Amritsar led by Simranjit Singh Mann. As SAD(Amritsar) is now out of competition and is not that appealing as it was in 90’s, these votes may transfer to AAP or Congress as Capt. Amrinder is also popular among them.

Condition of INC: Punjab congress is not as bad as National Level Congress. In fact, Capt. Amrinder’s 2002-2007 tenure is consider as best tenure in Punjab. It is because of Amrinder Singh Punjab congress is giving tough competition to SAD and AAP, despite of its bad image in other parts of India. After Punjab People’s Party(PPP) of Manpreet Singh Badal merges with Congress, it has now strong grip on Patiala, Bathinda and Amritsar areas.

Farmers: Farmers are traditionally a vote bank of SAD. However, Capt. Amrinder has a strong hold on farmer’s votes too. No doubt, SAD has edge over both congress and AAP in farmer’s votes. In fact, this is only satisfying factor for ruling party.

Sidhu affect: Navjot Singh Sidhu’s resign from RS seat of BJP becomes lime light in media. According to reports, Sidhu is going to join AAP. However, there is no official statement from Sidhu till now. If Sidhu joins AAP, it will obviously gives boost to AAP specially in Amritsar area where Sidhu has a strong hold.

Youth: AAP has a strong hold on Youth votes in Punjab. Having youth with you has lot of advantages. Having one youth with you in family, you will get 2-3 votes from that family. For example, I am from Congressi family, but I convinced my mother to vote for AAP in 2014 LS elections. She agreed and told me not to tell your father. Similary I convinced my sister to vote for AAP who is married in Akali family. She told me ”OK I will vote for AAP but don’t tell your Jiju”. Later on I also convinced my father. This happened in every village, in every house in 2014. This is strongest point for AAP and AAP leadership knows it that is why AAP announces “Youth Manifesto” separately for 2017 elections.

Base vote bank: Base vote bank principle in politics usually surprises people after results. Harjit Singh has already addresses this factor in detail in his answer. We usually use this principle during student’s elections in Panjab University. This works in very simple manner i.e. divide all the votes in three parts : Our hardcore votes(A), Their(Opponent’s) hardcore votes(B) and Neutral votes(C). There is no need to waste time on A and B, because no matter what they are going to vote for their respective parties. C type of voters are what we need to take care of. Actual politics is very different from student’s politics but still this principle is generic and works equally here. SAD is very strong in this particular factor. SAD has 15- 20% hardcore voters(A). Congress also has 5 – 10% A type voters. But AAP is solely dependent on neutral votes which may surprise them at the end. And this is factor that is why SAD+BJP alliance is still in competition.

Considering all the factors, AAP seems to become number one party after elections because of youth support. Congress may be on number two because popularity of Capt. Amrinder Singh. This does not mean that SAP+BJP alliance is out of picture, they are still in competition because of their base vote bank.

Jio Offers Calls To US, UK In Just Rs. 3 Per Minute