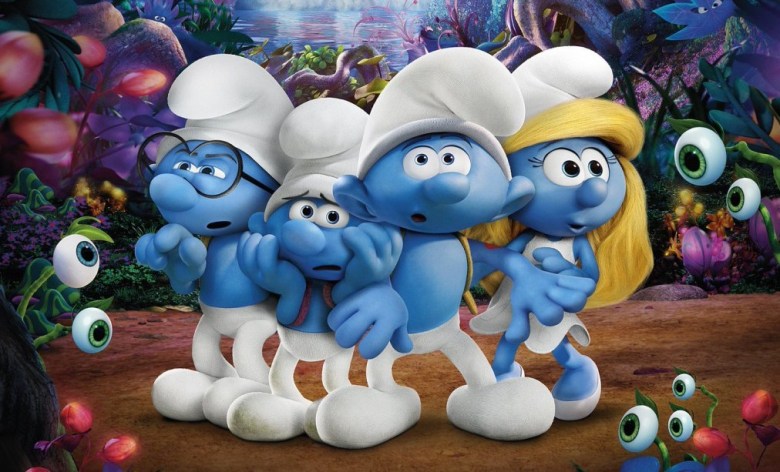 Based on the works of Belgian cartoonist Peyo, this film follows Smurfette as she struggles to discover her identity. Smurfette was a lump of clay created by the evil wizard, Gargamel, who is the Smurfs’ sworn foe. Whenever she tries to forget the terrible notion that she is not a true Smurf, something happens that reaffirms her of it. One day, while playing with a group of Smurfs, she sees something that may lead to the uncovering of a new faction of Smurfs. Smurfette, Hefty, Brainy and Clumsy set out on a journey together. With Gargamel on their heels, what they find could change the world around them forever.

The animation in this film is vibrant. The creatures in the forest surrounding the Lost Village are colorful and creative. The look and feel of the film overall pays homage to the original comics but also exploits the nuance and richness of modern computer animation techniques.

Most this movie is about the journey to the Lost Village. A journey in which a collection of two-dimensional characters make inane mistakes while being pursued by Gargamel (whose defining characteristic appears to be stupidity). At no point does the audience care about any of the Smurfs and and no point do we ever sense Gargamel is a genuine threat to them. Eventually, the movie teases that an actual sacrifice may have been made.

The voice cast of this film includes a broad range of actors from Julia Roberts to Jack McBrayer. The film never really uses these actors to their full potential, sidelining many to bit cameos rather than real roles. Mandy Patinkin is a standout in this film as Papa Smurf, a wise guy who helps the Smurfs when they seek guidance. Patinkin is the perfect choice to play this role. His voice is both soothing and authoritative. Patinkin also has the right amount of charisma to voice this character.

But the worst thing about the film is that there’s absolutely no smurfing subtext. There’s no interesting way to talk about the themes of the film or to tease out some dubious double meanings. It’s so horrendously affirmative and cosily progressive that it’s actually tough to say anything rude about it. It’s a smurfing bore, though.

Even our favourite celebrities have decided their New Year resolutions

What are the top 10 life lessons to be learnt from the movie “The Godfather”?