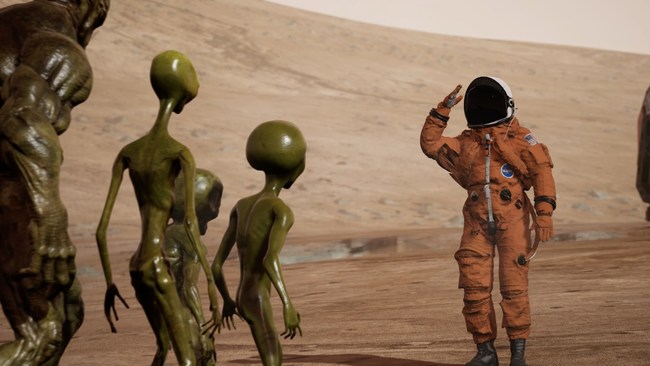 Upon discovering he's been prophesied to destroy The Illuminati, Trump's clone joins forces with surviving human allies to bring the battle straight to Illuminati headquarters -- in hell. When Donald Trump meets Satan himself, he's in for the fight of his cloned life.

A retired Israeli general has claimed humanity has already made contact not just with aliens, but with a “Galactic Federation”.Speaking to one of Israel’s most popular news outlets, Yediot Aharonot, 87-year-old Professor Haim Eshed claimed that the majority of humanity had been kept unaware of the contact as the world was not deemed to be ready for the news.Professor Eshed ran Israel’s national space security program for 30 years and has won the Israel Security Award three times.

He claimed US President Donald Trump had been on the verge of disclosing the existence of aliens to the world, but that the “Galactic Federation” had pressured him not to.This secrecy notwithstanding, Professor Eshed said aliens and US scientists were working together in an underground base on Mars to unravel the mysteries of the universe.

Professor Eshed claimed he was only revealing this information now because he had built the academic reputation to back it up.