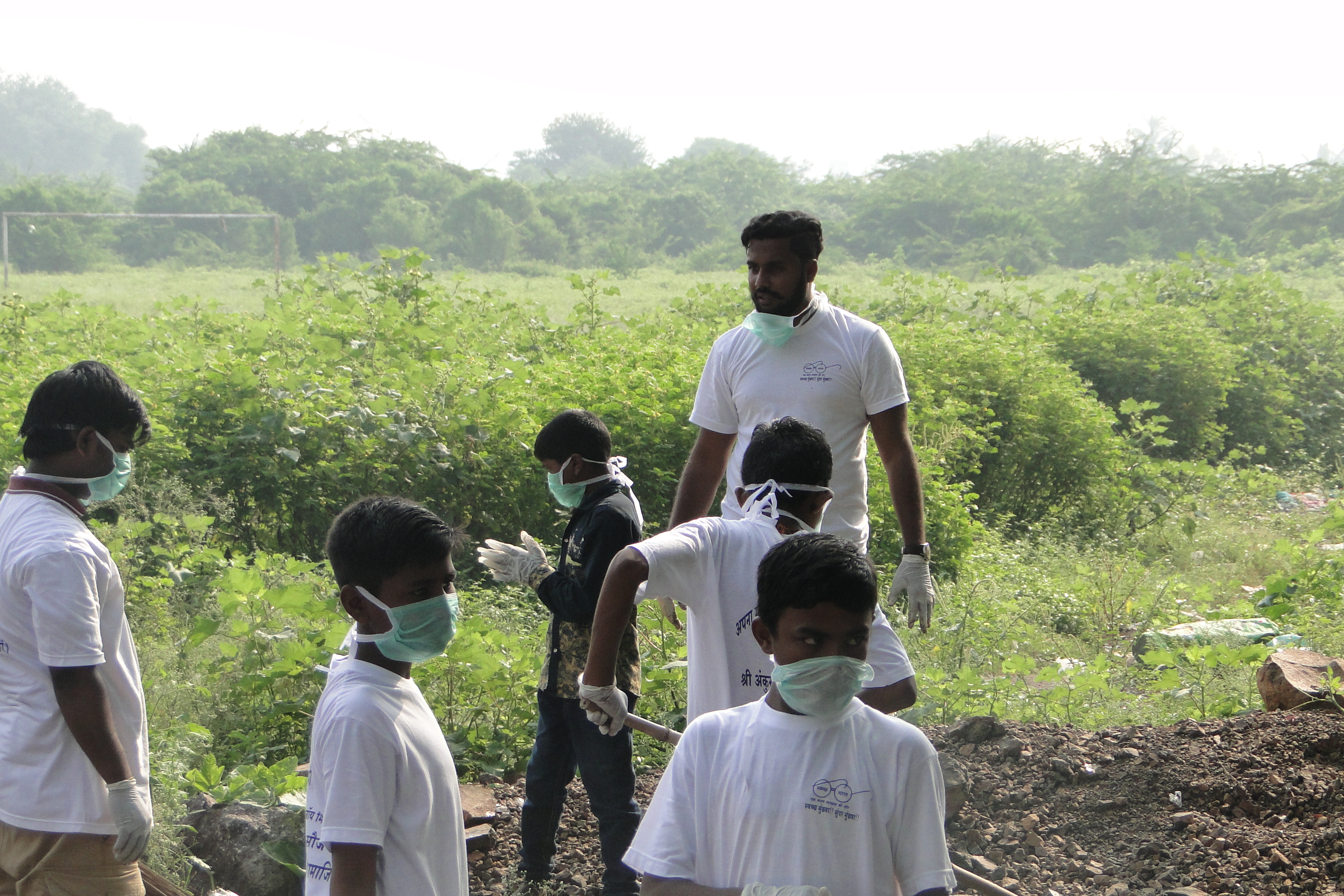 On the Occasion of Gandhi Jayanti and the 3rd Anniversary of Swachh Bharat Campaign, Ankur Dhengle, a resident of Mundhwa, Pune & an active social activist took the initiative of cleaning the locality and support this cause he started the cleanliness drive,’ Swacch Mundhwa Sundar Mundhwa’ campaign. He came up with this idea when people were complaining about how our city rots in filth and waste but nobody takes the initiative of actually doing something about it. The 29-year-old budding entrepreneur took the charge of cleaning Nobody comes forward to pick up the waste that lies on the streets so he thought why not as a responsible citizen of the city we do it! When he got this idea he approached local social groups namely Enjoy Mitra Mandal & Swarajya Mitra Mandal and they joined him in this Cleanliness drive. They collected more than a tonne of waste just from Mundhwa to Hadapsar Railway station road. They have also started a WhatsApp group to educate people about waste management and continue their selfless efforts to keep the city clean and contribute the cause in their ways

Some Before & After Pictures Cleanliness is an individual responsibilty and its high time that we should fulfil it legitimately. Cleaniliness starts from home, So lets make our home clean and healthy for our family. Lets make mundhwa swachh and sundar for ourselves and our future generation. Don’t be taken aback by the garbage you see because Don’t forget we are the one to generate it.

Manasi Kirloskar: A dynamic leader on the block

Back to basics: The 6 amazing bottom wear pieces you shouldn’t miss out on!

Everything you must know about Perfumes