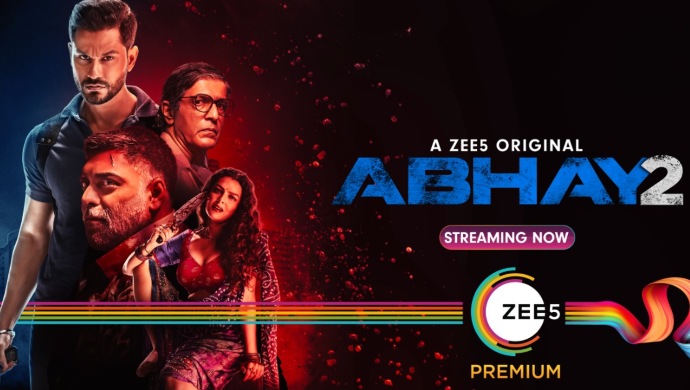 ZEE5 is back with a bang with the bigger and grander version of  jaw-dropping web series Abhay and as the trailer promised, Abhay S2 is even bolder and grittier than its first outing which made its way into the minds of the audience on 7th February 2019 with those exciting 8 episodes. Inspired by true crime stories, in S2 Kunal Khemu reprises his role as an investigating officer, Abhay Pratap Singh holding the responsibility of unraveling the most complicated and puzzling crime cases with his own set of rules and delivering justice in his way. Just like the previous season, this time too, Kunal Khemu would reign in the role of the protagonist but the villains are going to get even stronger against him.

Abhay S2 has definitely set up its bar of expectation very high touching upon diverse issues with a gripping storyline and thrilling episodes with the cases getting gorier and more horrific showing the depths of humankind and how the society is infested with sociopaths and psychopaths. The crime is fictionalised inspired by true events where Abhay, solves one case after another in perfection.

Season 2 opens with Chunky Pandey in an episode titled “Brain Soup”, who commits gruesome crime of drinking brain soup by chopping intelligent people’s head followed by story about a prostitute played by Bidita Bag who would target men because she wanted to take revenge from the man who forced her into this. Seasoned actor Ram Kapoor also plays villain in the third episode who kidnaps a bus full of school children but would release them only if Abhay solves the cases that he gives him. The Season 2 will include these along with ace actors like Nidhi singh and Asha Negi putting on their best performance.

The wicked masterminds are going to make things tougher this time for Abhay and it is going to be a nail-biting session to watch each and every episode. The season two comes with the tag #TheRoadToJustice. Do not forget to watch it if you love being on the edge of the seat!

Directed by Ken Ghosh the show is already premiering on ZEE5.  The promos have already excited the viewers who have seen the first season and can’t wait to watch finale of the second season of crime thriller with such a star line up of seasoned actors. And with twice the drama and twice the thrill, Season 2 is bound to bring an adrenaline rush in the viewers with unpredictable twists and turns.