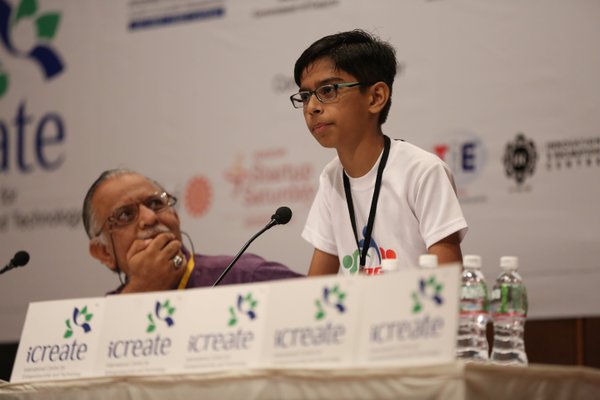 A 14-year-old created a buzz at the Vibrant Gujarat Global Summit after he signed a Rs 5 crore-worth memorandum of understanding (MoU) with the state government, bagging the deal for production of a drone designed by him.

According to the media reports, the boy, identified as Harshwardhan Zala, signed a deal with the Department of Science and Technology, Government of Gujarat, to facilitate production of the drones that help detect and defuse land mines on war fields.

Zala, a class Xth student, started work on the prototype of the landmine-detecting drone in 2016 and created a business plan too.

Zala said, “The inspiration struck when I was watching television and learned that a large number of soldiers succumb to injuries sustained due to landmine blasts while defusing them manually.” The 14-year-old further added, “The drone has been equipped with infrared, RGB sensor and thermal meter along with a 21-megapixel camera with a mechanical shutter that can take high-resolution pictures as well.”

“The drone also carries a bomb weighing 50 gram that can be used to destroy the landmine ,”Zala added.