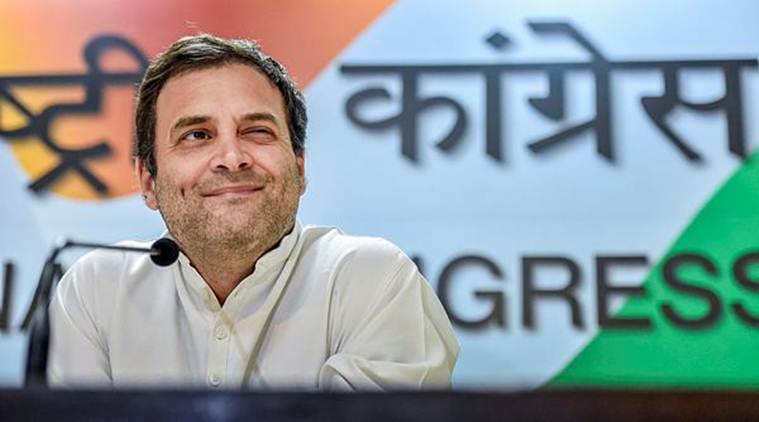 It would be the darkest day of Indian History when RG becomes the PM  of India. How can we expect him to lead a country with a population of 1.2 billion when his vision is limited to only the minorities in India.

What is his stature in Global politics? Is he capable of even standing with Global leaders like the American President when he can’t even hold his on own on any debates except when attacking Mr.Modi.

How can we expect him to lead us when he has to run out of the country every now and then to relax and to do his so called introspection, especially as during this period he becomes incommunicado and the ever obsessive media cries its throat sore to find where he is.

Whenever there seems to be any issues in the Country he always tries to get political mileage from it always blaming the rival parties but never have I seen him suggesting any solutions to deal with it.  The OROP  issue is an example when he tried to present himself as a well wishes of the Army veterans but was not allowed to do the same by the veterans themselves.

Before voting him to power we all Indians should think if we would vote for him even if he was not the scion of the Gandhi Family. I am sure all will be very clear.

3. Answered By Deepak Bhasin, Keen but a passive observer.

1. Stocks will crash terribly. It’s predicted that if Narendra modi loses the market can crash upto 20% in a single day, so you can fairly imagine how much it would if Rahul Gandhi becomes the PM.

2. There will be a spurt in huge amount of bills being passed like more freebies and more cheap stuff to poor on cost of hard working middle class which will economically kill the country even more. Taxes will increase even more and most of the next generation will plan to run away from our country.

3. As promised they would be introducing reservations in private sector. So the industries which are doing well like IT will probably start looking for alternate options or countries if harassed with hiring people based on caste and not skills.

4. China will gain a huge advantage in their FDI sector as that is the next best and cheap option as a country for lot of industries. And china is ready to make aggressive policies to have their people get well trained and take this advantage, like pushing for expertise in English which already is being done.

5. Illegal immigrants will increase from all the neighboring countries mainly being Bangladesh. China will continue to slowly occupy eastern India as India will have even more lenient diplomatic policies. Pakistan will become aggressive and there may be very good chances that we may lose Kashmir to Pakistan or it may end up becoming a separate country as they have their own set of politicians fighting for it.

6. More minority pleasing may include introduction of extremist laws like Sharia law. This very much has been a topic of discussion in many parties which term themselves (pseudo?)secular. This law, if introduced should be a piece of cake to be passed. You can then only imagine the state of women in our country, or maybe the Muslim women which is very worrying.

7. We already have enough brain drain happening in our country. Just him coming into power makes everyone think of running away, then imagine what effect can it have if those above mentioned points happen. Even the people who probably want to work for the nation passionately will be driven out as they wouldn’t be valued cos of their minds but cos of their religion and caste only.

To conclude, we would have poverty which will continue as freebies will stop them from working harder, extremists will increase, absolute brain drain, terrorism will easily take over, economy will plunder to an extent that there won’t be any brain to save. Economically we may become the next Zimbabwe.