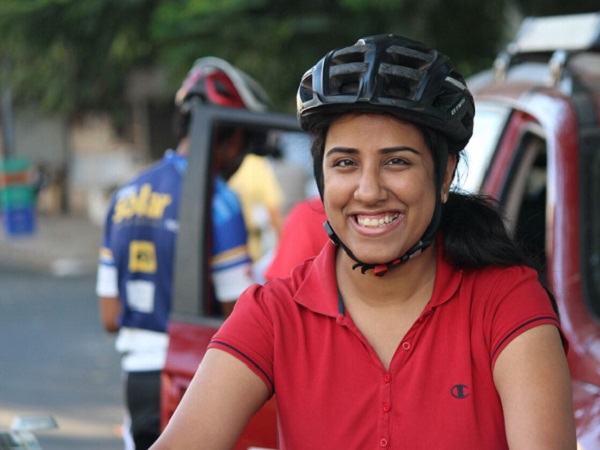 Three years ago, when a flyover construction began on the route to my office, it almost doubled my commute time for mere distance to work which was only 4 kilometres. I was mostly stuck in traffic when I was on scooty, auto-rickshaw or car. Then, I decided cycling to work and it changed many things around me. I was able to sniff out of traffic easily; I was not guilty of less physical activity in my sedentary job life; I was eating all I liked without resisting myself and most importantly I was enjoying my commute as the pace was all in my control now. This was back in 2014.

The visible effects of cycling included more glowing face every morning, more toned body and the invisible ones were that I was hardly visiting doctor for any common illness as my body was getting more immune to regular climatic changes.

The construction of the flyover got over in 2 years, but so much has changed in my life because of taking that one step of choosing healthy and smart commute mode.

To my amazement there were half a dozen colleagues who got inspired and shifted to cycles in just less than half a year and there were many more who wanted to do the same and that lead to the foundation of idea called Cycling Cities, two years ago. Cycling Cities is an online and offline ecosystem to reintroduce cycling in masses for fun, adventure and commute majorly.

I am Nikita Lalwani, an Instrumentation Engineer from NIT Surat by profession and cycling advocate by passion and practice. I have been appointed as the first Indian Bicycle Mayor for Baroda as a part of Global Bicycle Mayor Network by CycleSpace. My vision started with making cycles more acceptable in the society and on the roads, not just for leisure and exercise but also for the short distance commutes and to make cities in India cycling-friendly with at least 1/3 of the population preferring cycling as a commute option and also as a part of lifestyle.

CC is organizing regular cycling events around health, heritage and fun in Vadodara City, Gujarat. CC is committed and dedicated to bringing cycling culture in the cities in India. The Cycling cities’ upcoming online platform will address the needs of cyclists from across the country.

I believe that in making city safer for cyclists, it is very important to put effort in encouraging the masses to adopt & accept cycling as an activity and a commute option. A public supported and driven initiative will make it more sustainable and appealing to all.

One more magical change which I would share was that my mind became more active  during cycling and whole day also after it as my mind was furnishing more ideas than ever while riding, so many so that I actually started thinking that how should I record these amazing ideas when I am riding!

Cycling is not only the mode of exercise, not only the mode of commute to go from point A to point B, but it is becoming a medium to bring social, cultural and economic changes in our society which is following unhealthy, sedentary lifestyle in the digital social media crazy age. People are not that culturally active like before, so much of inequality based on the mode of commute affordability and the dependency on fuel has not resulted in positive economy.

I am already working on my vision to bring cycles back on the roads as commute choice and not just morning recreation and endurance.

I have curated some of the very interesting events like :

There are few more events in the pipeline for this summer to involve more people in cycling and also providing them cycle rentals through TRING mentioned above and helping them buy right cycle after various trials.

I feel that cycle if used for transportation can become a tool for transformation and this is the basic idea behind Cycling Cities, with which we are marching towards our goal with various mass user-behavior change tools in the form of initiatives, pilots with different segments, cycle set-ups, events and much more. And with the additional role of The Bicycle Mayor of Baroda city, I will be able to accelerate the process to get another one billion people onto bicycles, as a part of global Bicycle Mayor Network.

THE ART HUB – Not an average Art School !!

5 eye-popping Smart TVs for any buyer