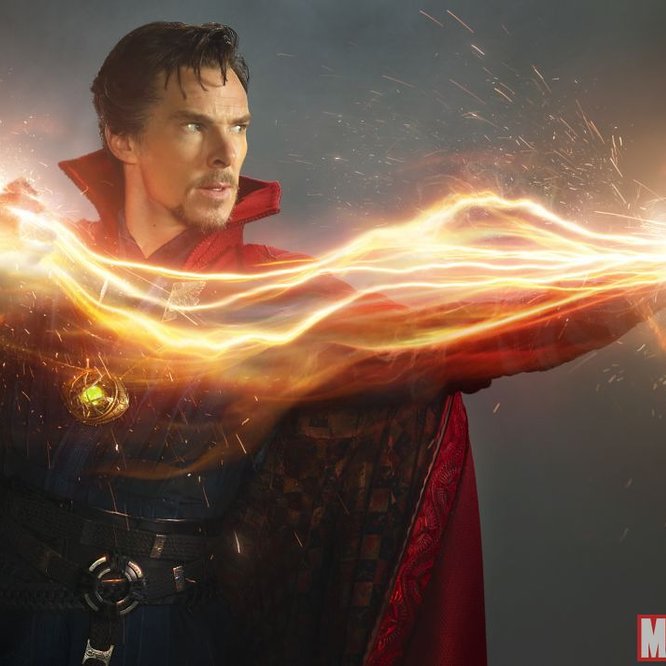 It’s a great time to be a superhero fan. With Marvel Cinematic Universe movies scheduled out until 2019 and WB ramping up with a string of Justice League and Suicide Squad character spin-offs, it’s hard to keep track of every origin story or hero team-up headed our way. Check out our list of upcoming superhero movies and start marking your calendars.

“Sherlock” star Benedict Cumberbatch joins the MCU as Dr. Stephen Strange in this origin story that covers Strange’s transformation from crippled surgeon to Sorcerer Supreme. Confirmed cast includes Tilda Swinton as the Ancient One, Mads Mikkelsen as villain Kaecilius, and Chewetel Ejiofor as Baron Karl Mordo, Strange’s canonical arch-enemy.Benedict Wong confirmed at Comic-Con that his character Wong is getting a modern update and larger role as drill sergeant and master of the mystical arts.

Guardians of the Galaxy 2 continues the adventures of the Guardians crew as they fight to keep their newfound family together as they unravel the mysteries of Peter Quill’s (Chris Pratt) true parentage. More details were revealed at Comic-Con including Yondu’s (Michael Rooker) alliance with the Guardians, the introduction of Star Lord’s father Ego (played byKurt Russel), and Groot’s new turn as Baby Groot. Newcomers to the Guardians cast includeSylvester Stallone, Pom Klementieff, and Elizabeth Debicki.

Spider-Man: Homecoming marks the first entry of Spider-Man into the Marvel Cinematic Universe, and the third reboot of the Spider-Man franchise that began with Spider-Man(2002) and The Amazing Spider-Man (2012).

Justice League tells the story of Bruce Wayne’s (Ben Affleck) initial formation of the league of heroes and gives more screen time to characters we glimpsed briefly in Batman v Superman: Dawn of Justice: The Flash (Ezra Miller), Aquaman (Jason Momoa), and Cyborg (Ray Fisher). Although not shown in the trailer, Henry Cavill’s return as Superman was confirmed during Comic-Con and in the shiny promo art above.

In an interview with /FILM, producer Simon Kinberg revealed, “I think Deadpool 2 will comment on anything that’s happening in movies today especially in superhero movies. The sort of glut or saturation of these movies and the proliferation of sequels is definitely something we’ll play around with.” We’ll find out more, including who will be cast as Deadpool’s infrequent ally Cable, as we get closer to 2018.

Creed director Ryan Coogler brings Black Panther to the big screen in 2018. This will be Coogler’s third movie with Michael B. Jordan, who plays the antagonist (Erik Killmonger) toChadwick Boseman‘s T’Challa/Black Panther. Joining the cast are Lupita Nyong’o as Nakia, and Danai Gurira as Okoye, the head of the Dora Milaje, personal bodyguards to the Wakandan King.

Ezra Miller will have appeared as Barry Allen/The Flash in at least three DC movies before he gets his own standalone in 2018. Audiences won’t have to wait long to see Barry Allen’s story, as The Flash premieres only four months after Justice League. Director Rick Famuyiwa(Dope, The Wood) kicks off filming in January 2017. Confirmed cast includes Dope actressKiersey Clemons as Allen’s love interest, Iris West.

Infinity War is the culmination of the Infinity Stone/Thanos storyline that has touched almost every Marvel movie since Thor. The Russo Brothers (Captain America: Winter Soldier,Captain America: Civil War) take over directing duties from Joss Whedon and are teaming up again with writing duo Markus and McFeely for Avengers: Infinity War and the subsequentUntitled Avengers Movie. The Russos have experience juggling large ensemble casts (seeCivil War) and will be put to the test once again, incorporating casts from both Avengers andGuardians of the Galaxy. Unconfirmed cast includes Chris Pratt as Star Lord, Chris Hemsworth as Thor, and Josh Brolin as Thanos.

Horror director James Wan, (Saw, The Conjuring) takes on his first superhero movie withAquaman. During Comic-Con, Wan talked about bringing his horror sensibilities to the DC Universe, describing the movie as an “opportunity to explore this universe and bring a bit of my horror element to this, the deep sea, the scary world, and of course the wondrous world of Atlantis.”

Paul Rudd, Evangeline Lily, and Michael Douglas reprise their roles as Scott Lang, Hope van Dyne, and Hank Pym in Ant Man and the Wasp. This will potentially be Paul Rudd’s fourth appearance in the MCU with Ant-Man (2015), Captain America: Civil War (2016), and (rumored) Avengers: Infinity War (2018). Peyton Reed returns as director, and more plot details will be revealed as we get closer to 2018.

Brie Larson was announced as Carol Danvers/Captain Marvel, the newest member of the Marvel Cinematic Universe during Comic-Con, which makes Captain Marvel the first female-fronted superhero movie in the MCU. Writers Nicole Perlman (Thor, Guardians of the Galaxy) and Meg LeFauve (The Good Dinosaur, Inside Out) are confirmed as scriptwriters, with Elizabeth Wood (White Girl) confirmed as director. However, we’ll have to wait until 2019 to see Captain Marvel’s story unfold.

Joe and Anthony Russo will direct the fourth Avengers film, which just underwent a name change from Avengers Infinity War: Part 2 to Untitled Avengers Movie. The third and fourthAvengers are being shot back-to-back and entirely in IMAX.

The Accountant : It’s entertaining and smart.