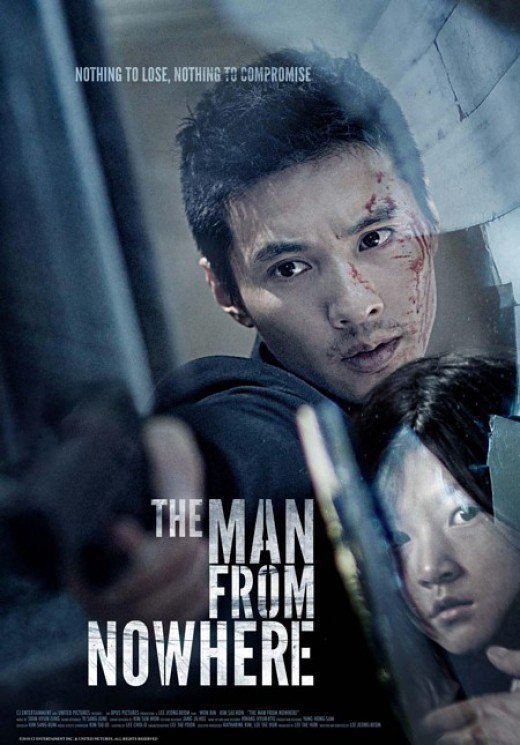 Confessions of a Murder Fifteen years after failing to catch a serial killer, Choi Hyeong-goo (Jung Jae-young) wakes up to the news that the serial killer has resurfaced and wrote a book about his killings. Although some doubt the authenticity of the story, the supposed serial killer produced the bullet that Choi buried on his shoulder the day Choi almost caught him.

Although the movie sounds like a predictable cop-culprit story, it is far from that. There’s a lot of scheming, betrayal, and surprises. It is almost as if the director is playing mind games with the audience as he urges the audience to guess his next move. Sol Kyung-Gu is a forensic investigator who encounters a case of a serial killer. However, his involvement in the case becomes a bit more than a professional one when the serial killer starts to personally hunt him down.

Why You Should You Watch It

It’s intelligent. That’s what the movie is. It was intelligently written and the progress of the narrative totally justified the character movement. Unlike other stories, the exploration of the story is more “historical” because the events of the past dictated their action in the present. The narrative was timed perfectly so that the audience is simultaneously eager to find the truth and develop empathy towards the character.

The Good, the Bad, and the Weird Inspired by the movie The Good, The Bad, and The Ugly; The Good, The Bad, and The Weird has three main characters. The Bad (Lee Byung-hun), The Good (Jung Woo-sung), and The Weird (Song Kang-ho) have one goal, to get a map that is carried by a Japanese man. As they try and find the traveller and get hold of the map, they get into several high-action scenes that display the mastery of Koreans in the genre.

Like many other films on this list, the movie succeeds in depicting the gritty feeling of the 1930s. Moreover, it succeeds in creating a very Korean kind of cowboy without looking pathetic. It was able to make the genre its own and included different cinematic elements that are unique to Korea.

The Man From Nowhere Cha Tae-sik (Won Bin) has lived alone and secluded since his wife died. However, his neighbour, So-mi, a seven-year-old kid, continues to pester him. Things take a turn when a group of gangsters take So-mi as a hostage.

Why Should You Watch It

It’s just a badass Asian action film. The story is pretty simple. They kidnap a girl and a former highly-trained military man is forced to use his skills to save her. You have to watch it for the action sequences. Unlike many Asian action films, this doesn’t feel forced. It also does not employ gravity-defying stunts. It actually remained faithful to a military-style form of fighting. The moves are very calculated do that it gives you the feeling that the people fighting are schooled martial arts.

Memories of a Murder Local detective Park Doo-man finds himself overwhelmed when a girl is found dead and mutilated. The crime scene was handled badly. He gets help from Seoul when Detective Seo Tae-yoon arrives to lend his expertise. Seo becomes convinced it is the work of a serial killer. However, he finds a police force that is unwilling to admit that such abhorrent crimes are happening in their district.

Now, Seo must try to collect physical evidence, follow leads, and control police officers who are hell bent on producing a suspect by any means.

Unlike most police movies, this accurately portrays both sides of the police force in countries with unsophisticated equipment: obsession towards solving a case regardless of the means and those who are obsessed with the truth regardless of the end. The police force ignored a report of a mother about her missing child. Several days after, the child was found dead. Yang Choon Dong (Kim Kang-Woo) takes on the case and realizes that the crime scene was spray-painted on a wall. He hunts down the graffiti artist, a guy named Kim Joon (Kim Beom) who claims to have a special ability that lets him see a person’s memory just by holding their hand.

The movie could have easily exploited the “special powers” angle. Instead, it was able to make the specials powers an integral part of the story rather than the be-all and end-all of the narrative. It became a tool that pushed the story forward and a device that made the film unique.

Once Upon a Time in Seoul Once Upon a Time in Seoul is a heist movie set in the 1940s starring Park Young Woo as Kanemura and Lee Bo Young as Heruko. Kanemura and Heruko find themselves chasing the same diamond and entangled in a bigger and more complicated web of thievery and gangs.

Historical comedy is always hard to pull off but this film did it right. There was a balance between the effort to depict the 1940s and make people live through funny situations and ridiculously soap-operatic characters. The movie delves into how a simple soccer club got entangled into a case of murder and ganster life. Sang-ho becomes the leader of Tigers and got his friends Jae-gu and Chang-bae are members. As school rivalry starts, bullying becomes worse until it spins out of control.

Gang-pae (So Ji-sub) is a gangster who dreams of being an action star. Soo-ta (Kang Ji-hwan) is an action star but has a short temper and often hurts his co-stars. When the two men meet unexpectedly, Soo-ta asks Gang-pae to join his cast. Gang-pae agrees but only if the action sequences are real. As the two men shoot the film, reel becomes real and neither refuses to allow the other to win.

The movie presents a unique take on how the “reality” of a movie is done. The film even showed the script reading and the crew of the film that adds to the grit and rawness that is needed to make the film more convincing. More importantly, the action director and the actors were able to carry out believable action sequences unparalleled even by Hollywood.

The Show Must Go On In-gu is a gangster who struggles to provide for his wife and daughter who both detest him for his work. He insists on pursuing his “career” but things become chaotic when his group betrays him and sets him up.

Why Should You Watch It

The balance between heart, evil, and action was perfect. There are so many ways the movie could have gone wrong. There were so many elements and opportunities for the director to stir the whole movie into a place where it will all be emotional and beautiful but predictable. Instead, the director kept on turning until he turned the movie into a dizzying adventure of nerves and heart.

UAE billionaire to fund India’s most expensive film ‘The Mahabharata’