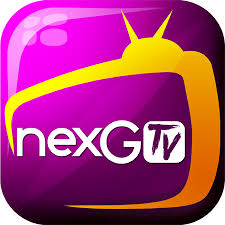 Underlining its commitment to deliver the most-relevant entertainment solutions, nexGTv, India’s largest subscription-led video entertainment app, has announced securing the worldwide digital telecast rights to Ramayana from HT Media Ltd. As a part of the move, nexGTv users across the globe will be able to view 30 episodes of the animated series on its web and mobile platforms.

With the festival of Diwali just around the corner, nexGTv’s latest content addition highlights its focus on delivering highly-relevant India-centric entertainment solutions to viewers around the world. The platform has also recently tied up with several reputed content developers and media firms such as Culture Machine and Inavit Digital Pvt. Ltd in order to add more diversity to its content library, already including 150+ Live TV channels, movies, shows and videos.

Speaking on the acquisition, Abhesh Verma, COO – nexGTv, said, “One of the biggest festivals in India, Diwali is celebrated with great zeal and enthusiasm across the country. With the festival fast approaching, our acquisition of the global digital rights to Ramayana could not have been timed better. We are confident that our viewers will be delighted with the latest addition, as they get a chance to relive the quintessential triumph of good over evil on-the-go through nexGTv.”

Made available for seamless viewing across multiple devices and platforms, nexGTv viewers can watch 30 episodes of Ramayana as a part of its free content catalogue. The series can be accessed be either through www.nexgtv.com or through the nexGTv mobile app, available on both Android and iOS.

With over 25 million downloads, nexGTv – the flagship, multi award-winning application from DigiVive – is the unmistakable TV button on your mobile. Offering unlimited and compelling entertainment across multiple devices (mobile, tablets or laptops/PCs), nexGTv offers its users an unrivalled suite of 150+ Live TV channels aside from a huge content library comprising movies, TV shows & videos for every mood. The app has won numerous awards including ‘The Best Digital Experience’ at the prestigious World Communication Awards 2014, in London, and is ranked amongst the Top Entertainment applications in app stores.

In keeping with its mission of providing the most relevant entertainment solutions to consumers across age groups, nexGTv has launched several dedicated apps for its users around the world. It launched nexGTv Kids to curate and deliver the most entertaining and educative content meant especially for the kids aged between 2 to 10 years. The platform’s exclusive news app, nexGTv News, has been launched as the go-to destination for mobile-based video news content aimed at revolutionizing the way news is currently consumed in the country through enhanced accessibility. Through its partnership with One Network Entertainment Pvt. Ltd (ONE), nexGTv has also launched the Comedy One, a first-of-its-kind comedy app having premium original comedy content ranging from stand-up, gags and spoofs to sketches and web-series. iFaith, nexGTv’s exclusive devotional app, will enable anytime, anywhere access to devotional content for nexGTv users. nexGTv has also delighted fitness enthusiasts by launching an exclusive Yoga app, nexGTv Yoga, which enables access to a host of videos on meditation, breathing techniques and yoga postures anytime, anywhere. The nexGTv Movies n Music app has been launched specifically for movie and music buffs around the world, and boasts of a library comprising nearly 2500 movies including titles such as Singham Returns, Holiday, Ragini MMS 2, Buddha In A Traffic jam, Dirty Politics and many more. Moreover, in order to enhance accessibility, the company has rolled out My nexGTv, a wrapper/aggregator tool that allows users to manage, install and access multiple nexGTv apps such as nexGTV Kids, nexGTV Yoga, nexGTV News and nexGTV Comedy One etc through one consolidated platform.

But that is not all. SPOTLight, India’s first mobile talent discovery platform, has been introduced by nexGTv with ace director and master storyteller Imtiaz Ali as the creative judge, as a medium to enable both amateurs and professional video enthusiasts to not only showcase their talent pan-India, but also earn off it. nexGTv also unveiled an original 14-part mobi-series in association with Priyanka Chopra and Fluence, ‘It’s My City’, in order to provide relatable and engaging video entertainment content to the country’s new-age digital viewership. In her inimitable style, Priyanka Chopra appears in and as herself, assuming the mantle of an official landlady, unofficial guardian and protective friend to the young protagonists.

Conceived by technology professionals together with deep consumer insights, DigiVive focuses on creating offerings in line with trends, with best-in-class content, ease-of-use, availability and affordability, giving consumers an unparalleled and immersive viewing experience. Its partners include leading telecom operators and OEMs. Established in 2010, DigiVive is a group company of Media Matrix Worldwide Limited which is listed on the BSE. It provides expertise across Direct to Consumer and Managed Value-Added Services.