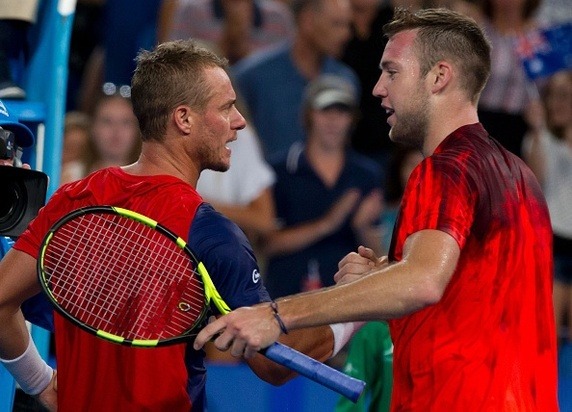 Facing Aussie legend Lleyton Hewitt at the Hopman Cup in Perth, American tennis player Jack Sock admirably snitched on himself to the benefit of his opponent.Crowd favourite and former World no. 1 Lleyton Hewitt was serving to 23 year old Jack Sock. Hewitt was serving to stay in the first set  when his first serve at 30-0 was called ‘Fault’ by the chair umpire, which meant the ball had not landed inside the legal area.

Hewitt was trailing with 4–5 in the favor of Sock.

Then the further conversation was interesting.

Sock : That was in, if you want to challenge.

Umpire : Are you serious?

Hewitt (thinking for a while) : Ok! I will challenge it.

He challenged and the result was

The ball was in. Thunderous applause for true sportsmanship.

Lleyton Hewitt went on to win the match. On the other hand, Jack Sock won the respect of the crowd!

Ryan Lochte Robbery Allegation , Is He A Liar?