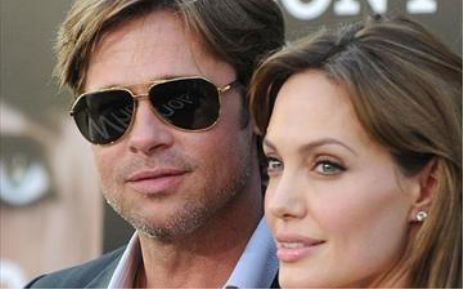 ANGELINA Jolie has filed for divorce from Brad Pitt amid shock claims he cheated on her with movie co-star Marion Cotillard.

Angelina Jolie and Pitt wed in August 2014, but have been together since around 2004-2005. They just celebrated their second wedding anniversary last month.According to reports, the 41-year-old Jolie is seeking full physical custody over the couple’s six children — which would leave Pitt, 52, with visitation rights.

“I am very saddened by this,” Pitt said in the statement. “But what matters most now is the well-being of our kids. I kindly ask the press to give them the space they deserve during this challenging time.”

News of Jolie’s third divorce spread quickly on social media, with #brangelina the top trending hashtag on Twitter.Twitter is ablaze with memes and GIFs of fellow thespian, Jennifer Aniston, who is Pitt’s ex-wife.

It's moments like this, that I wish #JenniferAniston were on social media. So long, #Brangelina! pic.twitter.com/e6zLjAbFtX

Footage of the #Brangelina household during the divorce. pic.twitter.com/09E7TTmyPu