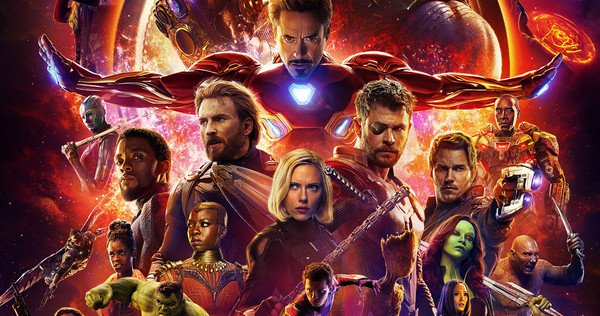 With just over a month to go until the release of long-awaited superhero team-up Avengers: Infinity War, a brand new trailer has been released for the eagerly-anticipated film – where it’s fair to say things aren’t looking great for our fearless heroes.

With evil alien warlord Thanos (Josh Brolin) on the march for the reality-altering Infinity Stones, it’ll take pretty much every hero from the Marvel Cinematic Universe (including Spider-Man, Doctor Strange and the Guardians of the Galaxy) to hold him back – and as the new footage makes clear, even that might not be enough.

In the footage we learn of Thanos’ plans to wipe out half of the life in the universe – but will that include the death of some of our favourite superheroes, especially given that (cough cough) a few actors’ contracts might be almost up once the two Avengers films are completed (a second part to the story will be released next May)? Could it be Chris Hemsworth’s Thor, having his head crushed in the new footage, or Chris Evans’ Captain America, who tries to wrest the Infinity Gauntlet itself from their enemy?

Well, only Time – and Space, and Reality, and Mind, and Power, and Soul Infinity stones– will tell. At least we’ll have Star-Lord arguing with Iron Man to look forward to even if reality does cease to exist.

Avengers: Infinity War will be released in  on 27th May

Game of Thrones family tree: Who is related to whom?

Arijit Singh: Man of the Hour in Playback Singing